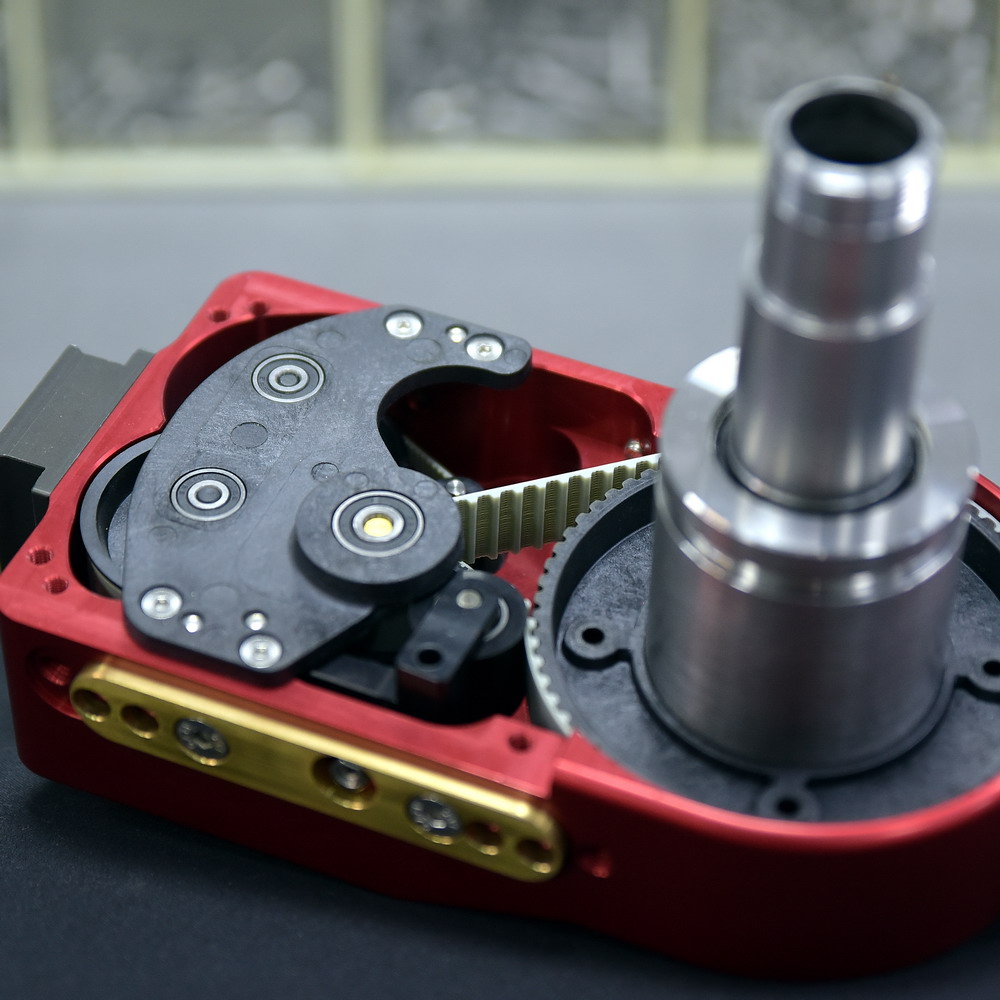 The Fast Reverse Belt Drive System is a revolutionary technology for the astroimaging and astroamateur field based on toothed belt transmission.

The project was born from the passion for astronomy, astroimaging and mechanics, his aims is the maxmimum performance with the best Made in Italy design and the overcoming of all usual issues that every astroimager knows as peaks, backlash, maintenance.

Why we choosed toothed belt system

Toothed belt system is better than any other kind of mechanic to transmiss the movement. In the gear and worm system there is only one contact point between the two mechanical organs.

In this conditions the draft arms and the stress produced in the mount-telescope system generate little non-linear in the movement transmission visible as a micro-moves in the images.

The belt pledge arch pulley goes tipically from 50% to 90% circumference of the tramsission wheels, so the movement are conveyd from a toothed belt: slow and accurate, gradually and regulary, without peaks or increase/decrease that gear and worm system meet often, producing noising "moved" on the long exposure pictures, even if driven by efficient autoguide system.

As it known, often autoguide are not enough quick to fully offset tipical problems of gear and worm system.

Happen often - and almost every expert astroimager knows - to obtain moved pictures even with gear and worm system with limitated tracking errors with modern and well calibrated auto-guide system.

Since tests with the first prototypes Avalon-Instruments mounts provided excellent performance and well tracked pictures even with long exposure.

On the other hand, in visual mode at high zoom, amaze the low noise, the quick damping vibrations, the total absence of play and backlash and the immediate and smooth response to the electric commands, without plays and shakes even when the mount has high charges.

Indeed, transmission based on 4 steps reduction, give tracking errors that could be bigger than the other traditional mounts on the same price range but the absence of peaks and accelerations allow, with 20kg/44 lb telescope and 3 meters/3,8 yards focal, to take well tracked pictures, autoguided, wich tracking quality able to rival superior class mounts.

Another toothed belt advantage is that they don't need lubrification. Thanks to the tensioner the system doesn’t produce plays when is charged.

about us
Copyright ©2020 www.avalon-instruments.com - Design by Top 10 Binary Options